Initial office consultations are by appointment only. Please contact us to schedule an appointment.

We are located at:

We can be reached during the following hours:

Our office will be partially reopened (Mondays, Wednesdays, and Thursdays) until further notice. You may contact us via email if you need immediate assistance.

For additional information you can visit    http://www.tarrantcounty.com/content/main/en/county/tarrant-county-covid-19-information.html.

Margaret Crosby is featured in Fort Worth Magazine as a

Read our profiles below to get to know us better. 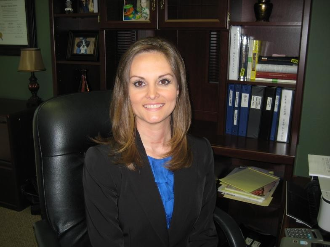 Margaret (Jensen) Crosby graduated from Stephen F. Austin State University in 2004 with a double major, earning her Bachelor’s Degree in political science and psychology. Margaret graduated from Texas Wesleyan University School of Law in 2009 with a Juris Doctor and became a member of the State Bar of Texas later that year. She is a member of the Tarrant County Bar Association, the Tarrant County Young Lawyers, and the Collaborative Law Institute of Texas.

Prior to attending law school, Margaret earned her certificates in Basic and Family Law Mediation.

She and her husband, Colby, live in Fort Worth with their two dogs.  Colby is a partner at Brashier Crosby, PLLC, an oil and gas law firm in Fort Worth.

Meagan joined M/C Law Firm, PLLC in August of 2013 as Margaret’s assistant. She is a licensed Texas State Notary and lives in Fort Worth with her husband and their two dogs.